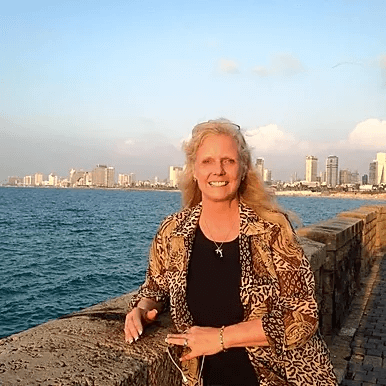 Jayne has been given the targeted names of Porn personalities in multiple “God given” dreams, while later through prayer and team ministries led many of these same women in prayers of repentance while seeing them give their hearts to The King.
Jayne awoke in 1993 from a dream with the stench of heroin being smoked in seedy alleyways by those “Chasing the dragon” in opium dens as well as the stench of crack cocaine being smoked in these same dark places.
Upon awakening and asking The Lord “ what is this”, The Lord responded by saying “”I’ve called you to the “gates of Hell”, in your end-time ministry, I will both send you and be there with you.””
She later dreamed she was organizing teams of young people on buses while checking passports of those being sent to the nations.
With multiple dreams of “Healing Rooms”, and training facilities for young people ( next generation) being built , as well as a “Hallelujah Hotel training Center for the Nations, all while we were training them and launching them completely equipped and prepared for the many Nations The Lord Himself would send them too.

With a heart for Nations as well as specifically Israel, The Lord Himself , has His hand upon her for His end-time harvest.
While Jayne has been a very gifted administrative leader, she has also handled all the administrative aspects including donations, receipts, book and cd orders, as well as organized all of the ministries travels for the many The Lord as sent with Bob in addition to running the household of 7, she actually raised 5 children virtually alone and now with the addition of 2 grandchildren on the scene, Jayne has been anointed to continue building both The Kingdom of God spiritually as well as physically building multiple churches, coffee houses and restaurants, all while Bob continued traveling on the road. She has tirelessly and relentlessly continued without wavering, fulfilling her multifaceted end-time commissions...

As many of you know Bob has been known to be on the road 330 days a year in over 30+ nations, while many of you both sent him as well as supported the family at home.
Jayne presently heads the ministry of “Freedom Dream Chasers” with plans for “Freedom Dream Centers”for the purpose of “Inner Healings”
while rescuing and rehabilitating women to fulfill their original and unique destinies while serving them in their places of weakness to strength.
Bob and Jayne have both been relentlessly charging forward, while pioneering the prophetic as forerunners of the true Apostolic in multiple continents.

That is why your partnership is so integral to this ministry - as without you and your prayer, and your financial commitments and endless support and partnership, and many deep friendships, this ministry would not be what The Lord has begun to raise it up to be today!
There is a deeper call going out in the realms of The Spirit to partner with Jayne to fulfill her end-time evangelistic calling.
I encourage you all to please hear this and respond accordingly.